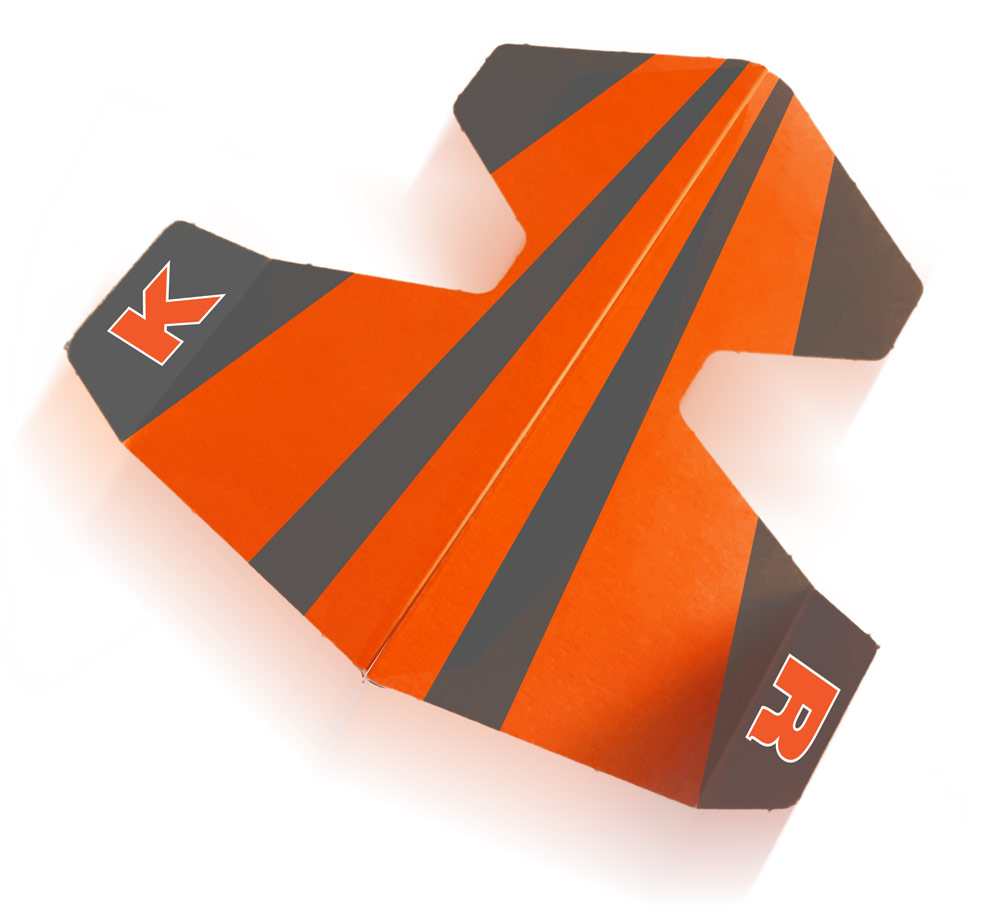 It’s small, but once you remove the perforated areas, unfold the wings, and toss it — it flies. By testing a variety of papers and exploring multiple designs, I created successful flying prototypes that give the common business card new purpose.

There are a variety of novelty flying business cards available online, and a cursory survey revealed two types. One is a miniature laser-cut version of the famous balsa wood glider. The other is a folded and tabbed construction requiring a paperclip or dime for nose weight. Neither, from my point of view, fly particularly well.

Kite and Rocket did not want an off-the-shelf promotional card, and neither did I. Thus, the design process began with many pages of concept sketches and rough prototyping. I quickly discovered that a two by three-and-a-half-inch business card did not provide adequate wing area to fly properly. Instead, a double-size card folded in half functioned better. A double center fold served as a bottom fin, similar to a hanging center fin on a conventional paper airplane. But while the double-size card provided adequate wing area, it restricted the length of the plane from front to back. Thus, the planes could not fly with the same stability as longer sleek paper airplanes. 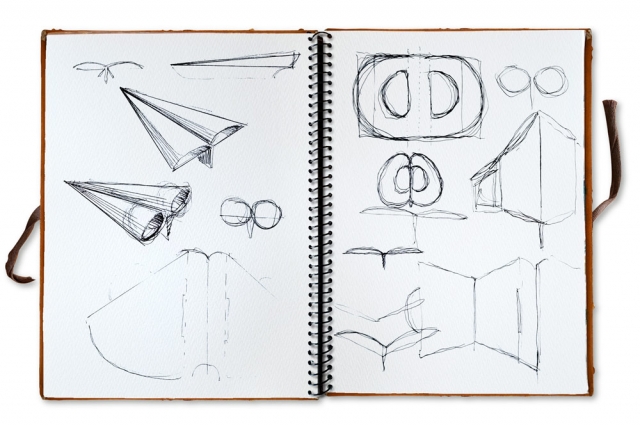 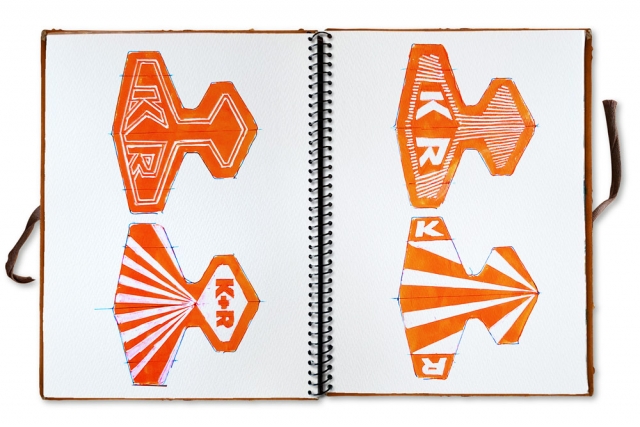 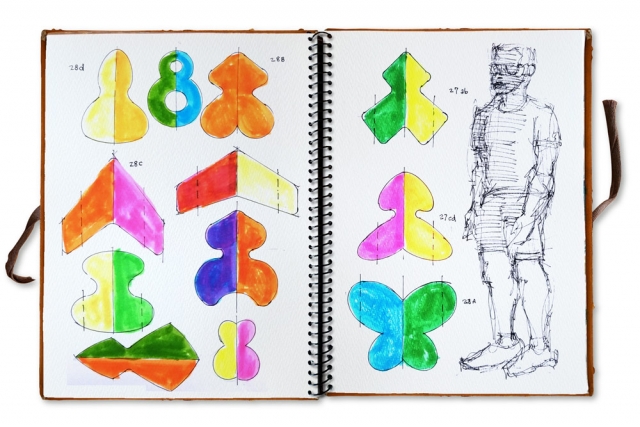 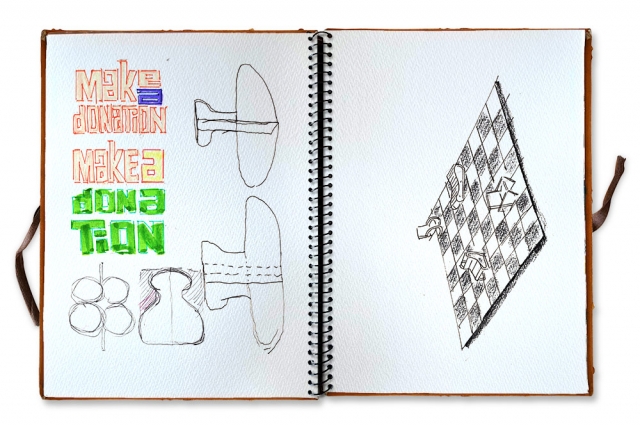 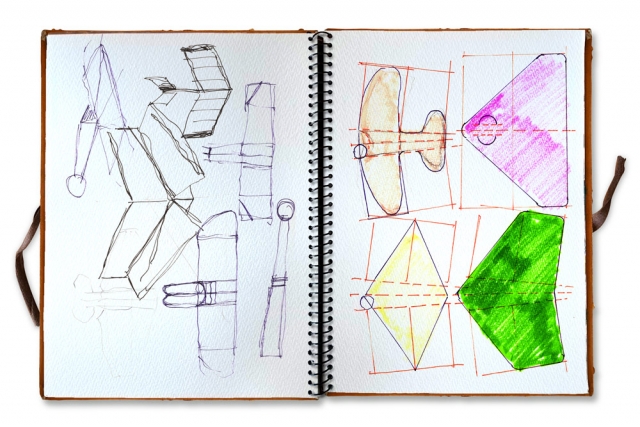 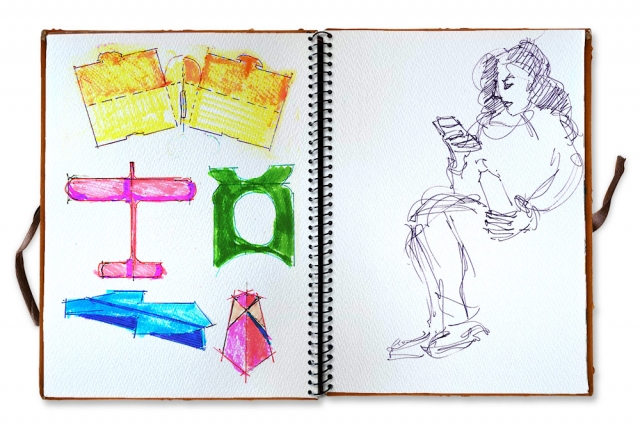 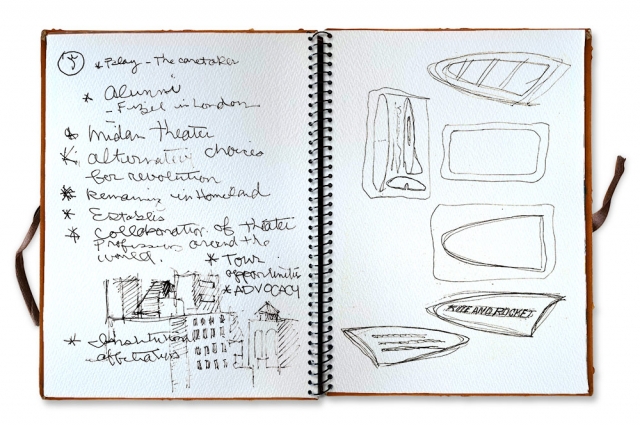 This shortcoming was overcome by folding the wings one extra time toward the wing tips and by embedding tiny weights in the nose. Hundreds of designs were created, cut, weighted, and tested. I discovered a combination of folds, weights, and plane proportions that together, flew reliably. This allowed us to choose plane shapes that best suited the company’s personality. Many concepts flew very well, but did not necessarily conform to the look of an airplane, paper or otherwise. Kite and Rocket opted for the aesthetic of a fighter jet.

Once the design direction was decided, I created graphics for the top side of the card. The contact information was placed on the back with the Kite and Rocket URL featured on the center spine. While the prototypes were hand-cut and laser-cut, the finals would be silk screened on highly-saturated orange paper, die-cut, and hand-assembled with weights. 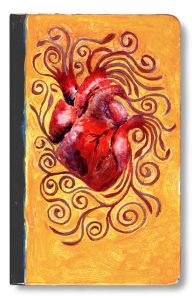 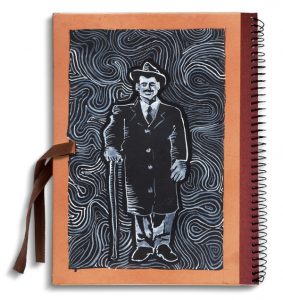 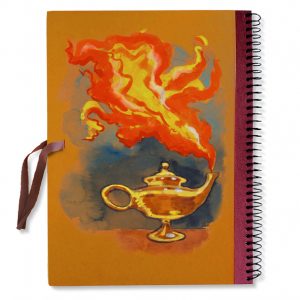 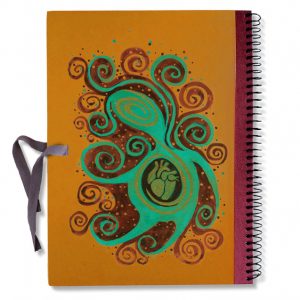 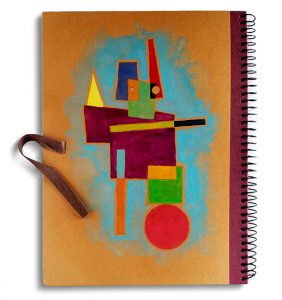 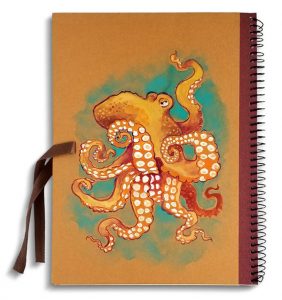 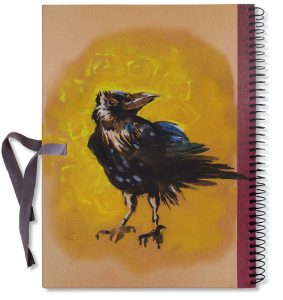 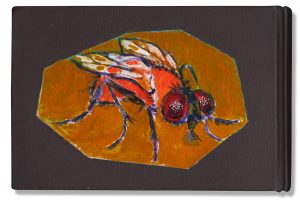 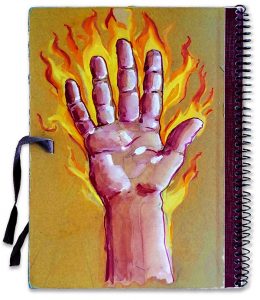 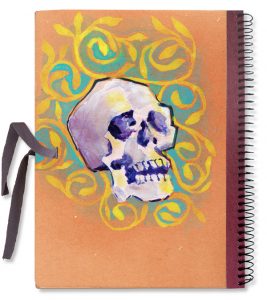 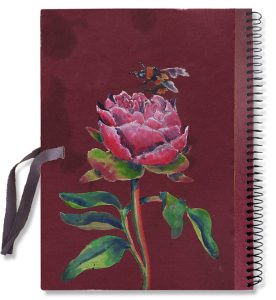 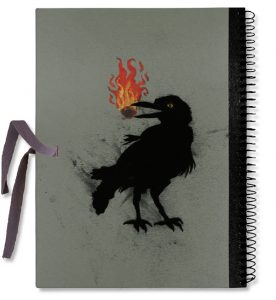